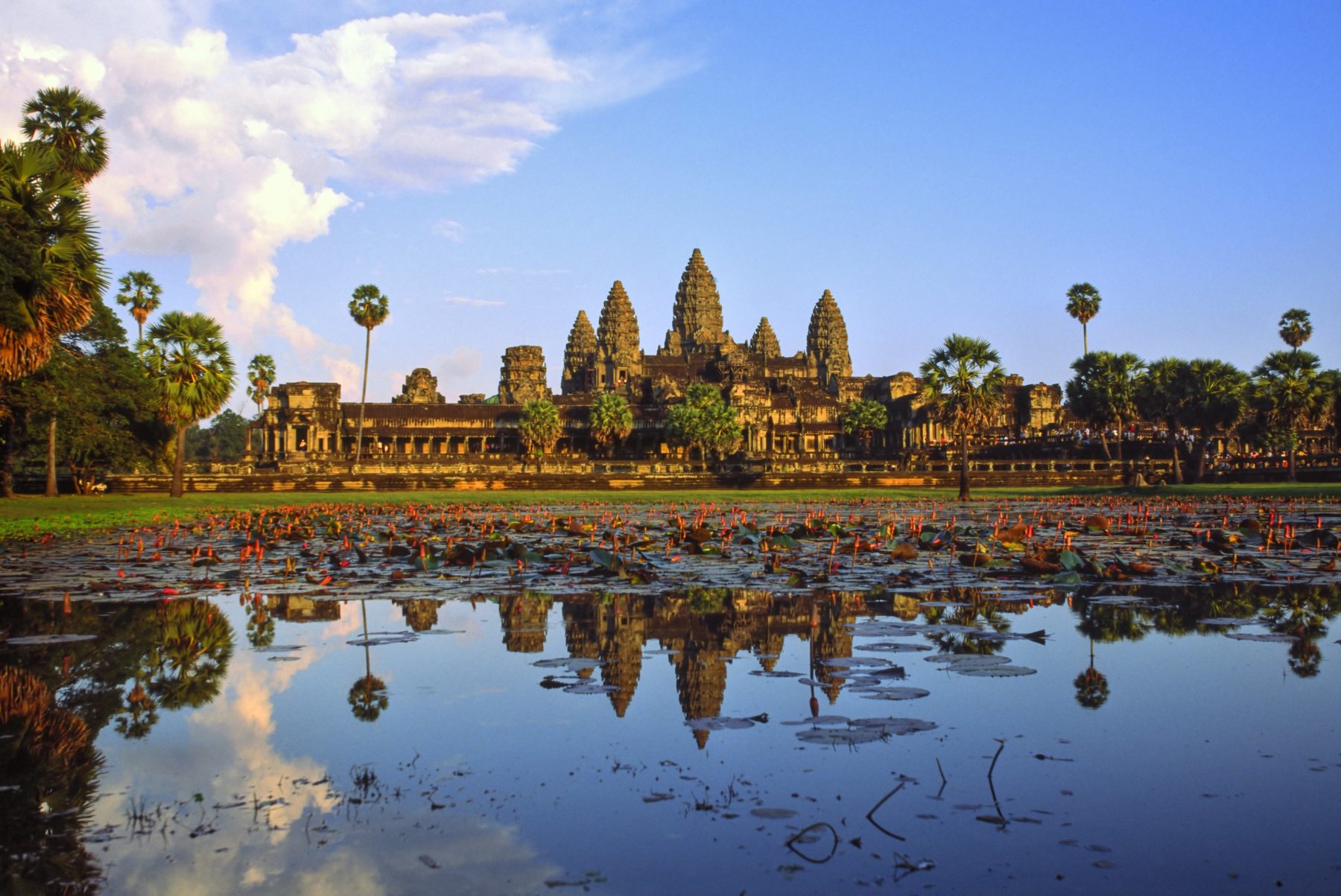 It is not for nothing that the UNESCO has named the Angkor Wat a World Heritage Site. Located in Angkor, the ancient capitale city of the Khmer Empire, which is now the country of Cambodia, this giant religious temple complex has been built in the early 12th century. Today, it’s one of the largest architectural and archaeological monument in the world. If you have the chance to visit this place, you’ll agree with the statement that this is just awesome!

The temple is at the top of the high classical style of Khmer architecture. It has become a symbol of Cambodia, even appearing on its national flag. It’s the country’s prime attraction for visitors.

Of course, as always nowadays, there is a lot and a lot of tourists. Almost no chance to be alone on the site, playing amateur Lara Croft or Indiana Jones. But walking quietly in the middle of those magnificent old stones accompanied by all these little monkeys is an extraordinary journey.

There is a small city by the complex, named Siem Reap, where you’ll find everything needed for a modern comfortable stay. Even luxury resorts like Amansara (we recommend, but quite expansive).