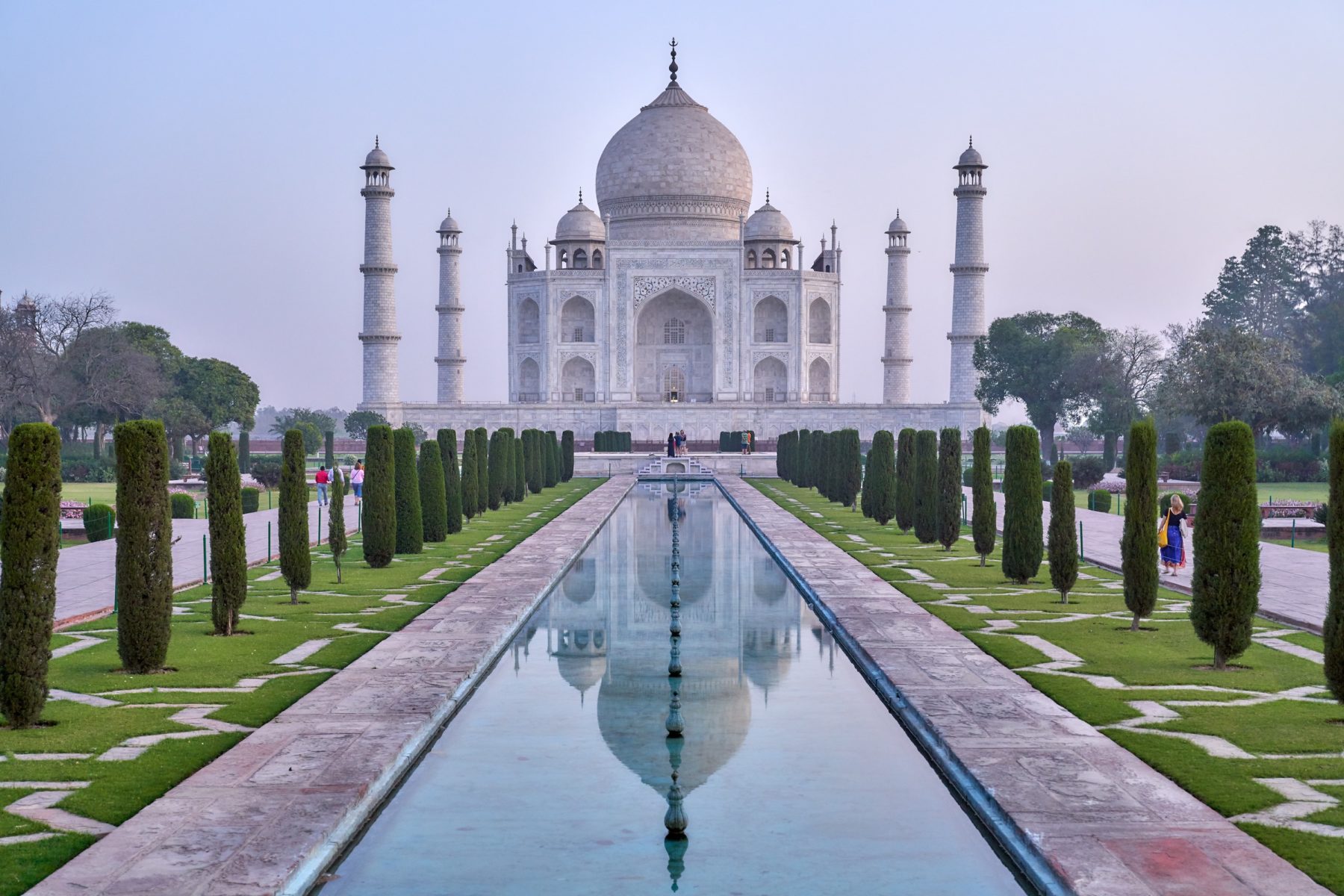 If I say “India”, you should immediately think “Taj Mahal”. I don’t know if there is such a monument as iconic as this one for this big country of India.

The Taj Mahal (meaning “Crown of the Palaces” in Hindi) is an ivory-white marble mausoleum located on the south bank of the Yamuna River in the city of Agra, Uttar Pradesh. It was commissioned in 1632 by the Mughal emperor, Shah Jahan (reigned from 1628 to 1658) and completed in 1643, to house the tomb of his favourite wife, Mumtaz Mahal. It also houses the tomb of Shah Jahan, the builder. The tomb is the centerpiece of a 17-hectare complex.

As you can on these beautiful pictures, it’s one of the new Wonders of the World. And it is deserved.

Unfortunately, there is very, very much tourists visiting the place, so take a chance and be patient. No choice.

The Taj Mahal is located in the center of the country, in Agra, Uttar Pradesh, India.